What is Artificial Intelligence?

The world changed when Alan Turing asked the question, “Can machines think?”

We all have grown up watching ‘The Jacksons’, and it doesn’t seem impossible that we will be living a similar lifestyle in days to come. Although the time to get a personalized robot seems a bit far-fetched, it does seem that we are quickly heading towards it. The advent of Artificial Intelligence has led the world to undergo a tremendous transformation, altering the dynamics of life.

From robots of Skynet to those who could feel and think in iRobot, we have seen quite often the typical negative depiction of these advanced machines and the damage they can bring to us all. Nevertheless, it is undeniable that we have increasingly become dependent on these evolutionary entities.

Today, AI is seeping in almost every industry such as banking, retail, healthcare, and manufacturing. Provided that, AI may not be here to replace us but to offer us a sustainable and highly advanced lifestyle.

AI is not an invention of yesterday, instead, it has been around as early as 1943, when Warren McCullough and Walter Pitts proposed the first mathematic model based on building a neural network to resolve artificial intelligence problems and attain outputs such as speech recognition, image analysis or an Autobot. While the term AI was first coined in 1956 by John McCarthy, during which the first-ever AI conference was also organized.

In the 1950s, the initial AI research was inclined towards areas such as problem-solving and symbolic methods. It was in the 1960s that the US showed its interest to enhance the scope of this technology and train computers to imitate human reasoning. This led to the emergence of automation, formal reasoning, decision support systems, and smart search systems in computers we see today.

Artificial Intelligence does not necessarily revolve around solely developing a robot, instead, it can also be a highly intelligent software resolving complex tasks.

While we make our decisions based on our intellect and gut feeling, AI does the same with the single difference of using its knowledge based on algorithms and patterns accumulated from big data. There can be few risks that come along with the AI’s impact on society, but we will discuss it later on.

What exactly is AI?

In simple words, AI is a branch of computer science that emphasizes on building smart machines capable of performing tasks that otherwise require human intelligence. This interdisciplinary science opens unprecedented doors in the fields of machine learning and deep learning bringing in vast innovative developments and modifications.

Not only this, but efforts are also being made to develop robots that can behave, think, and even have emotions similar to a human. Sophia, a social humanoid robot developed by a Hong Kong-based company Hanson Robotics is one such example of a robot. You would be surprised to know that it once claimed to destroy humans, leaving everyone bewildered during the event.

The four types of AI are as follows:

The buzz linked to AI is due to its wide usage in almost every area of the field. We are utilizing AI services one way or another such as smartphone assistants, navigation apps, customer support, smart home devices, scheduling trains, evaluating business risks among other tasks.

Moreover, companies are working hard to increase the usage of these smart machines in our everyday life. Some of the examples are DeepMind Technologies, a British artificial intelligence company, which developed Neural Turing Machine to imitate short term memory of a human brain. The automotive sector is also going through an entirely different kind of transition of producing advanced machinery, including Google’s driverless cars and the revolution of transportation. Elon Musk has brought a drastic change through his innovative company Tesla, which builds electric vehicles with no need for any kind of gasoline along with other clean energy generation as well as storage products.

Other applications of AI are cybersecurity, virtual assistants such as Siri or Alexa, banking fraud detection, the race to develop lethal autonomous weapons and so much more.

Artificial Intelligence is on a path of continuous progression. It is affecting every sphere of our lives. The future of AI can be rewarding in many ways, but it also comes with potential threats for the future of mankind. AI brings hope in many fields impacting our lives especially dealing with climate change, resolving poverty-related issues. While our future seems a bit different.

The loss of jobs is one massive concern for us, we have already seen few restaurants using AI robots to serve the customers, not to forget, automated transportation is on its way, and machines capable of performing every other daily activity is on the list too.

It is predicted that AI would be able to create 23 million jobs by 2020, covering areas such as programming, testing, and development among others. However, it is also anticipated that machines with the help of recursive self-improvement ability could surpass human intellect in the near future.  One can’t help but think if these machines would be controlling wars in the forthcoming times, and even making decisions for us all.

At the SXSW Conference, Elon Musk said, “And mark my words, AI is far more dangerous than nukes.”

While Bill Gates at one point said that “A.I. is like nuclear energy, both promising and dangerous.”

Stephen Hawking in an interview with the BBC said, “The development of full artificial intelligence could spell the end of the human race.”

Clearly, these remarks show their fair share of concern in the future of AI and the risk this advanced technology can impose. Although, the race for competing of achieving the most advanced tech is still very much in progression. Despite the serious concerns, nothing could be said about what the future holds for us all. 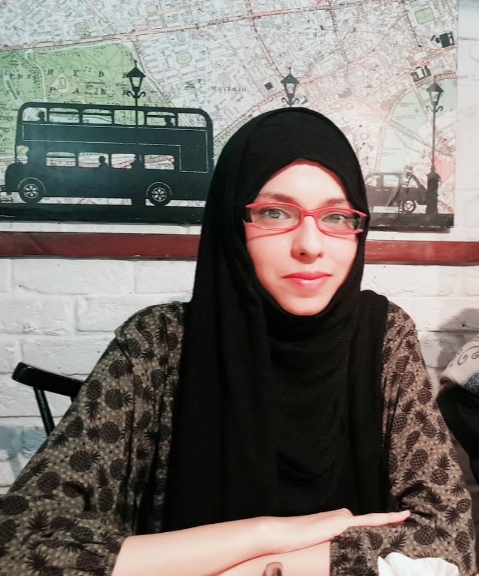 I am a passionate content creator, blogger and a spare time artist. I have immense interest in providing genuine yet interesting tech related information and offer my contribution to any platform working for the women working in technology. I am always eager to learn new things, the how’s and the why’s and share the knowledge gained. I highly support and appreciate any woman working in tech. A bibliophile and a tea addict.